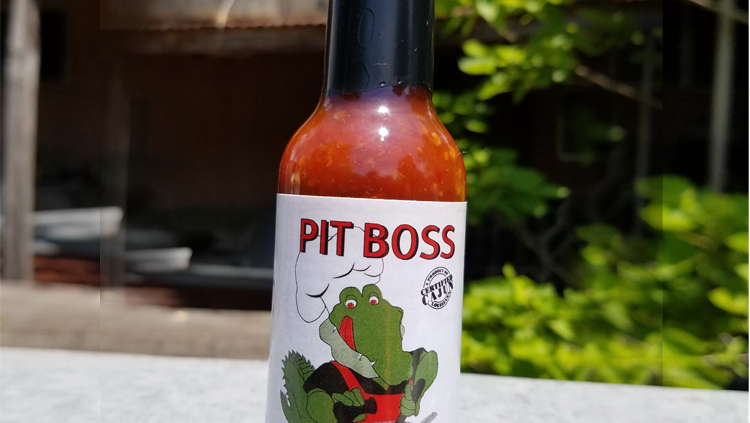 Quest for the Hottest Hot Sauce

The Quest for the Hottest Hot Sauce. Since humans began using hot peppers to season food, the search for the hottest hot sauce has been ongoing.  Hot sauces made from peppers have been part of daily life for people since the beginning of civilizations.  Archeologists have found evidence of humans using basic hot sauce as early as 7000 B.C.

Entirely different than the varieties of hot sauce found on grocery store shelves, the original version of hot sauce was not so easily made.  The spread of hot sauce came when European settlers took peppers back home to add ingredients to the primitive paste.  As the use of peppers for hot sauce spread, humans across the world craved the taste.

Hot sauce has an impressive journey into fame.  Over a few hundred years the condiment made it’s way from the gardens of the Aztecs to every pantry shelf in America.  Currently mass produced hot sauces from several varieties of peppers line the shelves at every supermarket.  Looking at all of those products it’s hard to imagine that just 400 years ago hot sauce wasn’t a sauce at all.

Hot sauce was originally made by the Aztecs

While it’s hard to pin down exactly when the Aztecs started turning chile peppers into a paste, it’s estimated it took place around 7000 BC.  This original hot sauce was chile peppers and water only.  Cultivated from the plants native to their region, the Aztecs lived where hot peppers plants naturally grew, in Central America.  Used as a food seasoning and for medicinal purposes, the chile pepper became a big part of the Aztec culture.

Noticing the flavor and benefits, the Aztecs began to grown different strains of peppers.  Several thousands of years later, agriculture had evolved in a way that had allowed the cultivation of many of the hot peppers we use today.  It was then that the pepper was ready to make it’s debut in other parts of the world.

By the 1600’s when the conquistadors arrived in the region, the Aztec were growing several peppers that the new settlers had taken interest in.  According to records, Europeans found smoked chipotle and jalapeno peppers in addition to native grown Chiles in the Aztec capital of Tenochtitlan.  Even though they had developed new strains of peppers to grow, the way they made the hot sauce was still just pepper paste and water.

It wasn’t until the European settlers took the peppers they found back with them that a version of hot sauce more like we are used to seeing became part of the human diet.  The Europeans had access to many more ingredients and spices than the Aztecs did.  Things like onions, oil and flavorful spices weren’t part of the Aztec culture.  Cheaper, hotter and more flavorful than the black pepper the Europeans were used to, the chile pepper spread like fire.

Still very similar to early hot sauce, well known brands are usually comprised of a strain of pepper, oil, vinegar and some salt.  Brands like Tabasco and Louisiana Hot Sauce began appearing on diner tables and grocery store shelves in the 19th century, just 300 years after the conquistadors found the Aztec’s paste.  With many varieties available and an annual festival dedicated to finding the hottest hot sauce, it’s obvious that the world is obsessed with hot sauce.

Louisiana Hot Sauce was originally marketed back in 1928 after the owner of the Tabasco brand had infiltrated the restaurant and hospitality industries to become a house hold name.  Since then, the type and heat of the hot sauce has become a selling feature.  Some of the hottest hot sauces even require a wavier to try them.

The hottest hot sauces on the market

The demand for hot sauce only continues to increase.  Seemingly in a race to find the hottest hot sauce around, many companies produce a new hot sauce with a new combination of peppers almost daily.  Names like “Death” and “Insanity” adorn labels of sauces claiming to be the hottest of the hot.  More hot sauces exist now than ever before and there doesn’t seem to be any sign that the love for the condiment is slowing.

Made with some of the same ingredients traditionally used in hot sauce, Pit Boss’s Gator Bait hot sauce is a perfect blend of heat and taste.  Comparable to Louisiana hot sauce, Gator Bait has earned it’s way into the pantry of many Americans.  Known as one of the hottest hot sauces on the market, Gator bait continues to delight the taste buds of those around the world, just like it’s ancestor made of chile peppers and water.